Find me on the web!

Good Friday & Easter: The Gospel? Born Again? What does it all mean?

As we celebrated Good Friday, I realized that there are so many people who don't quite understand what our celebration is about. Sure, folks know about Jesus, Jesus Christ, "yeah... he died on a cross and people say they love him..."
Here are some facts written in the New Testament and verified by Historical secular writings, NT texts, and archaeology.

-Jesus DID walk this earth and He did die on a cross, and confirmed with a piercing of the sword on Passover Friday.
-He was buried in a tomb with a Huge Stone that rolled over it.
-His body and tomb was guarded by guards to prevent the disciples from stealing Jesus' body and hence, DUPE people into believing Jesus had risen again like Jesus predicted.
-On Sunday, 3 days after He died, an angel appeared frightening the guards who ran away.
-These guards reported their terror to the Religious Pharisees who plotted and succeeded in condemning Jesus to death.
-When the guards reported their terror, the religious pharisees paid the guards to lie and spread the lie that the body was stolen by the disciples.
-However, the FIRST witnesses who verified the empty tomb and saw the angel after the guards ran away were women who had known Jesus.
-The disciples did not believe that He was risen when the women reported what they saw,
-The disciples ran back to the empty tomb to see if it was true that the tomb was empty.
-Some disciples still did not believe until they saw Jesus Himself: ie... Doubting Thomas.
-Later, 11 of the 12 disciples died gruesome deaths insisting that Jesus Christ did die and rose again.
-When faced with death, if these disciples were lying, then they died for a lie.
-However, when faced with death, people usually die for what they believe is true, not what they know is a lie...
----------------------------------------------------------------------------------
Jesus said to "Repent, for the Kingdom of God is at hand."
-Believe God has forgiven your sins through the work HE did on the cross to overcome sin and death, not by you doing good works, although god works are a result of a changed life.
-Believe in Jesus Christ, who is God in the Flesh, by whom all can be saved when you put your trust in Him.
-Confess your sins, turn from them, and follow God. He frees you from the things that you think you cannot break away from. That is how He "sets the captives free from the chains of sin and death."
-Sin causes a break in fellowship, wedge in relationship, darkness in your heart.
-Jesus is the LIGHT of the World, and will shine His Light in your life if you allow Him too. Sin = darkness and death. God = Light and Life.

God says If you draw near to Him He will draw near to you. Seek God with all your heart, mind, soul, and strength AND YOU WILL find Him. He is not hiding, He is calling YOU by name.

The Gospel, What does it mean to be "Born Again?" Read for yourself:
Jesus Teaches Nicodemus
1 Now there was a Pharisee, a man named Nicodemus who was a member of the Jewish ruling council. 2 He came to Jesus at night and said, “Rabbi, we know that you are a teacher who has come from God. For no one could perform the signs you are doing if God were not with him.”

3 Jesus replied, “Very truly I tell you, no one can see the kingdom of God unless they are born again.[a]”

4 “How can someone be born when they are old?” Nicodemus asked. “Surely they cannot enter a second time into their mother’s womb to be born!”

5 Jesus answered, “Very truly I tell you, no one can enter the kingdom of God unless they are born of water and the Spirit. 6 Flesh gives birth to flesh, but the Spirit[b] gives birth to spirit. 7 You should not be surprised at my saying, ‘You[c] must be born again.’ 8 The wind blows wherever it pleases. You hear its sound, but you cannot tell where it comes from or where it is going. So it is with everyone born of the Spirit.”[d]

9 “How can this be?” Nicodemus asked.

10 “You are Israel’s teacher,” said Jesus, “and do you not understand these things? 11 Very truly I tell you, we speak of what we know, and we testify to what we have seen, but still you people do not accept our testimony. 12 I have spoken to you of earthly things and you do not believe; how then will you believe if I speak of heavenly things? 13 No one has ever gone into heaven except the one who came from heaven—the Son of Man.[e] 14 Just as Moses lifted up the snake in the wilderness, so the Son of Man must be lifted up,[f] 15 that everyone who believes may have eternal life in him.”[g]

16 For God so loved the world that he gave his one and only Son, that whoever believes in him shall not perish but have eternal life. 17 For God did not send his Son into the world to condemn the world, but to save the world through him. 18 Whoever believes in him is not condemned, but whoever does not believe stands condemned already because they have not believed in the name of God’s one and only Son. 19 This is the verdict: Light has come into the world, but people loved darkness instead of light because their deeds were evil. 20 Everyone who does evil hates the light, and will not come into the light for fear that their deeds will be exposed. 21 But whoever lives by the truth comes into the light, so that it may be seen plainly that what they have done has been done in the sight of God. 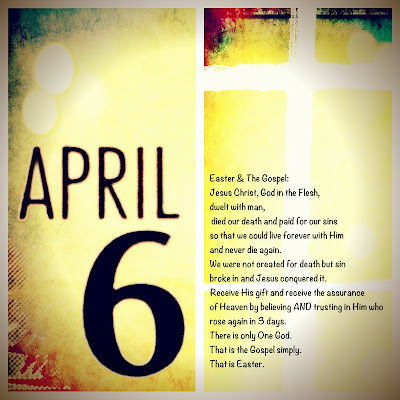 Elva
California
I am a singer/songwriter walking through this life with the Savior of the world (Read the Gospel of John as a start to your introduction to the Savior!). I've been married to a wonderfully patient and kind man for over a decade. I grew up as a pastor's kid who loved God. However, in college, I lost my way and became the prodigal child I had once read about in the Bible. In HIS Mercy, I remembered the lessons I'd learned along the way, but knowing them in my head were not enough to find my way back to God. No doubt, the prayers of my mother were heard! God did not let me drown, He plucked me from an ocean of despair and brought me back to Himself. My walk with Him is my own walk and not that of the head knowledge I learned in my upbringing. Knowing Jesus is knowing TRUTH, a fulfilled and purposeful LIFE, and all that is GOOD even in the midst of chaos and despair. No one can know or understand what that means until You pursue a walk with Him, the God of the Bible. Seek God with all your heart, mind, soul, and strength and You WILL find Him. The promise of a utopic society cannot exist apart from a surrendered life to Christ and without Heaven as a future home.